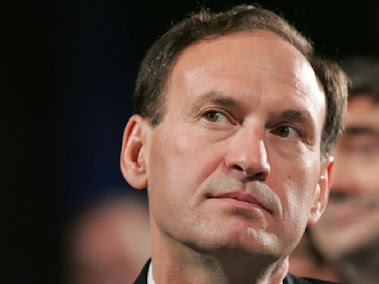 It is Thursday evening as I write this, and the biggest news story of the week still seems to be Politico’s publication, on Monday night, of a leaked draft opinion by Supreme Court Justice Samuel Alito which, if it goes into effect, would overturn Roe v. Wade.

Needless to say, the Left is indignant. Already there have been riots in several cities (ironically enough, that includes cities in California, where the police who got their squad cars trashed will pose exactly zero threats to abortion rights no matter which way the Dobbs case goes). Also, leftist news sources from the Washington Post on down have been spinning the presses to run opinion pieces about what a serious attack on “democracy” this is.

Since the general sentiment here at Twilight Patriot is that doublethink ranks even lower than rioting, I am not going to bother engaging with the arguments presented in those opinion pieces.

At the same time, I think that all the conservatives who are celebrating right now should be more cautious, and stay mindful of the fact that at this point, we don’t really know much about what the published opinion (as opposed to the leaked draft) is going to say.

Essentially, what happens with draft opinions is this: Immediately after hearing oral arguments in a case (for Dobbs v. Jackson, this happened last December) the justices meet in conference and hold a preliminary vote. Then the Chief Justice (if he voted on the winning side) assigns one of the justices the task of drafting the opinion of the court.

This justice’s goal is to write an opinion that at least four others will sign on to – if he or she can’t manage that, then the Court might produce a flurry of concurrences and concur/dissents; alternately, the justices are free to switch sides up until the day the ruling is announced. (This rather famously happened in 1992 in Planned Parenthood v. Casey, when Anthony Kennedy initially voted to overturn Roe v. Wade, but then changed his mind two months before the opinion was announced).

It's worth noting that Brett Kavanaugh, who is the swing-vote on the Court today, is one of Kennedy’s former law clerks.

So to sum things up, all that we really know at this moment is:

3)   Whatever is going on inside SCOTUS right now made somebody – most likely a law clerk – angry enough to leak a draft opinion to the press, in an egregious and unprecedented breach of trust.

And this… doesn’t tell us all that much. For all we know, (1) could just mean that SCOTUS is going to let states ban abortion at 15 weeks, but no earlier. If this happens, Democrats will loudly yell that America is being dragged back to the dark ages. As usual, they will expect us all to ignore the fact that France, Italy, and Germany – three countries whose laws are usually held up by the Left as a model for America to progress toward – all ban abortion even earlier.

Alternately, the leak might really mean that five justices sat down in that December conference and decided they wanted to go all the way and fully overturn Roe v. Wade. We know (see No. 2) that Alito, with his draft opinion, is trying to make this happen. But we also know that each justice who voiced an intention of signing on with Alito would have been subjected to months of pick-off attempts from the four liberals – after all, Kennedy yielded to such persuasion back in 1992.

While we know, from a public statement by John Roberts, that the leaked Alito draft is genuine, we don’t know whether or not five justices still support it.

And then there’s (3) – we know that a law clerk (maybe a conservative, maybe a liberal) is really angry. If it turns out to be a liberal clerk, it probably means that the Left is going to lose this case, and that somebody is making a last-ditch attempt to change the outcome by… staking everything on a bet that the time has finally come for “democracy” to fall back on its last line of defense – the righteous anger of a callow, scofflaw twenty-something.

Yes, it sounds dumb. But you’ve got to remember that our civilization’s cultural output over the last two decades has trained young people to think this way. Stories like Mulan and Zootopia and the newest Star Wars trilogy – which is what these kids were raised on – all center on a young, righteous, highly self-confident, and usually female protagonist, who battles against evil while discovering that her elders have nothing of value to teach her, and that rules exist mainly to be broken for the greater good.

It may seem silly that I keep bringing up these kids’ movies in my seemingly serious essays, but this really is where the rising generation – a generation which by now is starting to wield political power – is getting its worldview. (No, this is not going to end well.)

If the leaker is a conservative clerk, it probably means that one of the five justices who originally promised to sign Alito’s opinion is wavering, and that the leaker is trying to lock in the vote by making it so that the wavering justice (probably Kavanaugh) would face great embarrassment if he gave the appearance of changing his mind under public pressure.

Now, even as most Republicans are cautiously optimistic about the contents of the Alito draft, a quick look at Twitter might leave you thinking they’re much more interested in the “appalling” leak and the “permanent damage” that it has done to the “integrity” and “independence” and “legitimacy” of the federal judiciary.

Methinks that these are the kind of people who, if they had written the story of the Emperor’s New Clothes, would have made it end with the impudent child getting a good paddling with a birch rod, and a lecture about how he must never again undermine his countrymen’s confidence in their head of state.

If you are of the opinion that SCOTUS, at any time in the last half century, has been something other than the highest legislative body in a pyramid of bitterly-divided legislative bodies, or that it has been “independent” in any sense other than being above checks and balances, or that its members have generally acted with “integrity” when they declare the meaning of the laws and constitution… then I am going to be blunt with you: you are the same kind of person who, if you had lived in the world of Winston Smith and Julia and O’Brian, would have believed and repeated things like “Oceania has always been at war with Eurasia” and “Ignorance is strength.”

Granted, I still believe that the leak was a bad thing – just not a threat to the court’s integrity, or to the rule of law, since you can’t threaten something that’s dead.

I consider the leak a bad thing because (1) it was a breech of trust on the part of the person or persons who did it, and all people – but especially people living in chaotic eras – have a general duty to keep their promises, and (2) it is yet another piece of evidence there are people high up in the government who believe that most if not all laws may be justly broken for the sake of expressing maximum partisan rage.

Then again, we kind of already knew that from the George Floyd Riots back in 2020, and the brouhaha at the Capitol in 2021.

We live in interesting times.