Why I Changed My Mind About Chinese Hegemony 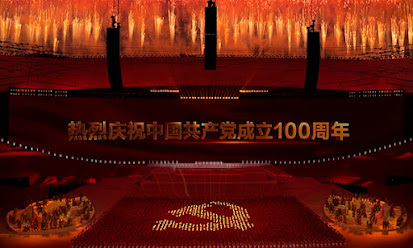 Early last year, I wrote an essay here at Twilight Patriot entitled “Why I Don’t Fear Chinese Hegemony.” My basic premise was that (1) China has zero chance of militarily occupying any part of the United States, and (2) China’s environmental and demographic decline will prevent its coming period of economic dominance from lasting as long as the era of American dominance that is winding down right now.

Now, I still think those premises are true, but I’ve also come to believe that the conclusion I drew from them – that US citizens like myself shouldn’t worry about Chinese hegemony – is incorrect. Granted, I still don’t think the Chinese Communist Party is the biggest threat to American liberties – our country’s internal problems are, for the time being, more serious.

But I do fault my past self for not anticipating the ways that (1) economic power can be turned into political power, and (2) Chinese corporate oligopolies, when properly coordinated by the CCP, can be used for global plunder. (One of my wakeup calls on the second point was hearing from a friend who works in global supply chain management that shipping containers have become way more expensive than usual this year due to what’s probably a deliberate squeeze by the three Chinese companies that make almost the whole supply. Multiply this by a thousand and you might start seeing how the new economic system that’s rising around us is going to work).

As for turning economic heft into political power, a few stories will be instructive. Perhaps you saw the news last week about how Boston Celtics games have been removed from Chinese media after Celtics forward Enes Kantor made a video about the oppression of Tibet? As China is the NBA’s biggest emerging market, it would be naïve to think that Kantor isn’t in for an unpleasant word from the Celtics’ owner and/or manager.

Or perhaps you remember back in May how the actor and WWE wrestler John Cena was cajoled into telling his Chinese fans that he was “very sorry” for calling Taiwan a country? “I made a mistake,” he said, “It’s so so so so so so important, I love and respect Chinese people….”

When China is the world’s dominant commercial power, and also cares deeply about the ideological purity of those it does business with, it is only natural that the tendrils of the Chinese Communist Party will reach across the ocean and strangle freedom of speech in distant lands.

Despite the minor embarrassment of Covid-19, Chinese power and prestige are rising steeply. And let’s be honest here, even Covid isn’t as wholly-Chinese a problem as some naïve Americans like to think.

Were the Chinese scientists in the lab from which the virus probably escaped doing things that would have been illegal in the United States? You bet. But you’ve also got to remember that the experiments were funded by American government money, while American virologists like Antony Fauci were talking up the need for “gain of function” research and downplaying its hazards.

Basically, what we are looking at is a joint Sino-American snafu. It is definitely not a case of the innocent USA being bitten without reason by the Chinese Communist Party.

But such is the changing of empires. The bumbling incompetence of the declining empire paves the way for a new empire to arise. The Chinese have always known this.

Also, when you look at its history and culture, you’ll see that domination is China’s destiny – in the past, regional domination, and in an increasingly-likely future, global domination.

In name, the People’s Republic of China is a socialist/communist country. But the slogan “Socialism with Chinese Characteristics” makes more sense if you read it the other way around: Traditional Chinese statecraft, with a thin veneer of socialism painted on the outside.

Communist rule in the Soviet Union and its satellites collapsed when their economies failed, and the mismatch between the utopian promises of communism and its dreary reality led their governing elites to lose faith in the communist worldview.

But this is a poor model for China’s future, because China has been headed away from that situation since the 1980s, when Deng Xiaoping’s reforms restored China’s traditional form of political economy: a semicontrolled market economy led by authoritarian nationalist scholar-bureaucrats.

The fact that, for nearly two millennia, this system made China the wealthiest and most technologically advanced civilization in the world (with Europe’s recent period of dominance being brief in comparison) should clue us in to its durability.

I put little stock in Western dreams that China’s populace will someday rebel in pursuit of the Euro-American ideal of personal freedom. While China’s history includes a long tradition of insurrections against governments that have failed to govern well (or that have lost the Mandate of Heaven, as the Chinese say), China’s concept of what a government should be doing in the first place is different from the Western version.

The typical Chinese man wants his family to be well-fed. He wants to have a fair chance at prospering in his trade. He wants his country to be free of bandits and marauding barbarians (i.e. Huns, Mongols, British). He wants to avoid being robbed by nakedly corrupt officials. Deprive him of those things for long enough, and insurrections will boil up – this is what happened over and over again during the period from 1839 to 1949 which Maoists call the Century of Humiliations.

Starvation was common. Peasants were frequently robbed of everything they owned by landlords and other corrupt authorities. Barbarians were trashing the country.

The underclass responded in a variety of desperate ways. Some left everything behind to become “coolies” and work at low wage jobs in places like Singapore and California. Others climbed out of poverty by making their daughters become prostitutes, or turning their sons into court eunuchs (and since they often couldn’t afford a professional castration, they would do the job at home, with household tools – i.e. a father would say to his eight-year-old son: “take your clothes off and lay on the bed while I get my razor.”)

And from time to time, the peasants grew angry enough to launch rebellions – also an act of desperation, especially when you realize that, apart from World War II, the two bloodiest wars in recorded history were the successful uprising against the Ming dynasty in 1644, and the failed Taiping Rebellion of 1850-1864.

The Chinese will rebel when things like what happened during those awful years are allowed to go on for too long, and they have the Confucian Classics to teach them that they are right to do so. But in ordinary times, they are conformists, and they care little for democratic government, freedom of speech, racial equality, or the right of minorities to practice eccentric religions.

Right now, by all historical standards, China is prospering. Life for most Chinese is good and getting better. Wages are up, social mobility is up, China is dominating the barbarians, and so forth. Most Westerners believe the Chinese are wrong to be content with this, but most Chinese do not care.

Now, one of the tragedies of China is that the Han Chinese majority aren’t the only people who have to live in a country shaped by Chinese values. The Chinese system of government, at its high points, is strong, efficient, and ruthless. And when the Chinese are able to, they expand their civilization as far out into their surroundings as they can.

The Miao, Tibetans, Mongols, and Uighars are just a few of the ethnic minorities who have had the misfortune of being caught under the treads of the expanding Chinese civilization. And unlike the Han, these people have little recourse to insurrection, so long as the ordinary Chinese, who vastly outnumber them, are content. Because while the Mandate of Heaven may be lost, it can never be split.

Hence China’s intensely negative attitude toward Uighar and Tibetan separatists, or its willingness to go to great lengths to make sure that other countries do not treat Taiwan as a full sovereign. This attitude toward “breakaway provinces” can be seen all over Chinese history, when the establishment of multiple kingdoms after a dynasty fell was never followed by lasting peace between them, but by near-constant warfare, which could continue for more than a century if that’s what it took to reunite the realm.

So what does this have to say about the future?

Well, since China’s power is rising, and the United States is rapidly losing the ability to keep the Chinese at bay, we can expect them to go on a conquering spree.

Taiwan will be an early target, and for a variety of reasons, I’m not optimistic about its chances of survival. Then will come a century or so of Chinese hegemony. I do not think China is interested in directly conquering most of the world, anymore than the United States was during the “American Century.” But the global dominance of American culture will end.

Washington’s habit of fomenting regime change in distant countries will likely be taken over by Beijing (leading to different kinds of regimes being changed) and China will also be free to instigate wars over oil and other natural resources. The continued expansion of the “One Belt One Road” program will lead to more and more infrastructure throughout the world being owned by China – and thus to more and more profits flowing back to the motherland.

This is the future that the collective West is heading towards, unless we work up the courage to oppose Chinese hegemony, and work it up fast.

This essay was adapted from an article published in American Thinker.