The End of a Performative Presidency 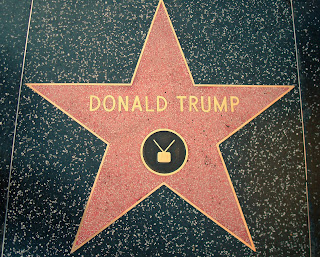 At noon yesterday, Joe Biden was sworn in as the 46th President of the United States. For the first time in 152 years, the outgoing President was absent from the event. Most people weren’t surprised by this: after all, it wouldn’t have fit in with the image that the outgoing President has created for himself over the last six years, an image in which he is always a winner.

Since the beginning of his term, a lot of Donald Trump’s critics have been calling him a transactional President – someone who was hired to enact certain policies by a base which didn’t care about his personal character, or his failure to act in a way that Americans were used to thinking of as “presidential,” so long as he did the jobs he was hired to do.

But if you compare the degree of adoration which his base showed toward him – especially in the last eleven weeks of his presidency – with the amount of progress he actually made toward enacting his promised policies, that picture just doesn’t hold up. If it was really a matter of a transaction – if the adoration was given in exchange for things like a border wall – then the fact that only 15 miles of wall were actually built should have dimmed the enthusiasm of the MAGA people.

Trump’s foreign policy should look similarly disappointing to a level-headed observer. He may brag about being the first president in a long time who hasn’t started any new wars, but we shouldn’t forget the time that Trump almost started a war with Iran by assassinating General Soleimani, or the time that he vetoed legislation by Congress to get the United States out of Saudi Arabia’s war in Yemen.

If need be, I could run the gamut with the other planks of the Trump platform and their lackluster implementations in the real world. A trade deficit which has gotten bigger over the last four years. A Supreme Court justice who sided with Planned Parenthood within three months of being sworn in. And so forth.

To me, it seems more accurate to describe Donald Trump as a performative president. Just like when he hosted The Apprentice, Trump was all about content-free emotion, excitement, and enthusiasm. The presidency just gave him a bigger stage and a bigger audience.

And what an excellent audience it was! As long as Trump gave the appearance of caring about the Deplorables and the things that they cared about, and as long as he made a show of beating up on the Deplorables’ enemies – the press, the swamp, Democrats, or whoever – the audience would cheer him on. That the fighting was often as fake as WWE did not detract from the emotional appeal of the show.

It didn’t matter how little of the wall got built, as long as Trump performed the roll of wall builder – for instance, by dragging Congress into a 35-day government shutdown that ended with his side getting absolutely nothing. His base reacted to this abject defeat, as they did to so many others, by continuing to yammer: “Trump! He fights!” as if they hadn’t noticed that the wall wasn’t getting built.

This also explains why Trump’s base took his re-election loss so badly. Even in fake wrestling, you can’t win if you’re not in the ring. And even a political party unable or unwilling to notice when its leader fails to enact its preferred policies will still notice if its leader fails to get re-elected.

And that’s a serious problem, because within the Trumpist mythos, failure to win is the one thing that can never happen. Churchill had his “blood, sweat, and tears;” Kennedy had “Ask not what your country can do for you,” and Trump had, well, Trump had this:

And his supporters, for the most part, believed him. Frequenters of betting sites like PredictIt might have noticed that, even a month after the voting was over, people were still wagering non-zero sums of money on a Trump win. Trump’s campaign brought in millions of dollars in donations during this period. And for hundreds of thousands of people, “Stop-The-Steal” rallies briefly became the mainstay of their social lives.

After one of the rallies turned into a riot, many of the rioters were later tracked down by the FBI by means of the selfies they took inside the Capitol building. If it seems to you that filling the internet with selfies taken while committing a crime is pretty good evidence of an inability to imagine scenarios that don’t end in “winning,” well then, you’re not alone.

Then, on the day of the inauguration itself, America was treated to the grand finale of QAnon. Ever since October of 2017, millions of Trumpists – including two who just got themselves elected to Congress – have been touting their faith in a conspiracy theory cobbled together out of the postings of an anonymous 4-Chan user known as “Q Clearance Patriot.”

I won’t burden you with a detailed explanation of what the QAnon people believe: you can find that information elsewhere, if you have the need. Suffice it to say that their belief system’s final denouement – the QAnon faithful tuning into the Biden inauguration in the serene confidence that they were about to witness The Storm, or in other words, that Trump’s election loss and all his subsequent floundering was just a ploy to get his enemies gathered up in one place so that the mass arrests could begin – was uncannily similar to the situation that faced the Millerites in 1844, on the morning of the Great Disappointment.

For those of you who don’t know that bit of American history, 22 October 1844 was the very last day in a year-and-a-half long period, supposedly foretold in the Book of Daniel, during which followers of Reverend William Miller had identified a number of possible dates for the Second Coming of Christ. So naturally, once all the other possibilities were exhausted and only 22 October remained, thousands upon thousands of Millerites gathered at dawn on hilltops across the United States in the utmost surety that the end had finally come.

I do not regret voting for Trump. He was a better man for the job than either Clinton or Biden. His foreign policy was erratic, but on the whole it was less bellicose than Obama’s. His judicial nominees won’t restore the Constitution of 1787, but I don’t expect them to go whole hog on abolishing freedom of speech, the press, and religion, the way that Hillary Clinton’s would have.

Once you admit that Trump’s presidency was, in many ways, a disappointment, it’s only natural to want things to turn out better next time. Which is why a lot of people on the intellectual end of the Right are already trying to plan out the Republican party’s search for a new leader.

One of my regular readers often replies to my posts with his musings about what America’s patriots could accomplish if we had a presidential candidate with the virtues of Donald Trump, but not his vices. And yet I wonder if such a thing is even possible.

After all, Donald Trump was a man of talent – not a talent for governing, but a talent for reading a crowd and telling it what it wanted to hear. Back in 2016, he didn’t just win the White House – he flipped states that hadn’t voted Republican since the 1980s.

And he did it by talking like a fourth grader. It’s comforting to think that this might be a coincidence, and that finding someone who shares Trump’s appeal but speaks with the intelligence and maturity of a normal president is simply a personnel issue.

But in all likelihood, it isn’t. Trump had a talent for reading his base, he got a degree of enthusiasm from them that no other recent politician has matched, and the way he accomplished that involved talking like a fourth grader.

Figuring out what this implies about the ability, or inability, of right-wing politics to effect a turnaround in this country’s decline is an exercise best left for the reader.

Meanwhile, I maintain my old conviction that periods of growth and decline are a cycle that civilizations must go through, just like the world of nature has its summers and winters, and that having to live through the beginning of winter is no cause for despair, so long as you are ready for what is coming.