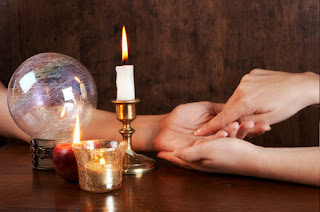 The upcoming decade is not going to be an easy one for America. To begin with, there are the currently ongoing crises: the Covid pandemic, an economy which has been in a state of (mostly papered-over) decline since the 1990s, etc. Then there are black swan events, like the 9/11 attacks – things that happen that nobody could have anticipated.

But there are also the problems that come with being an empire in decline: the ballooning national debt, the deindustrialization of the homeland, the rising income inequality, the breakup of alliances and the strengthening of hostile nations, and so forth.

This all became inevitable way back at the end of the 19th century, when the United States decided to become an empire. Empires – by which I mean nations that militarily occupy a large part of the globe and force other nations to act in the imperial nation’s  economic interests instead of their own – always end in decline and fall. (This is the case whether or not the subject nations are allowed to enjoy nominal independence.)

Lest my dislike of the American Empire and my desire to see it end soon be seen as unpatriotic, I invite you to remember that, within the worldview promoted on this blog, the main losers of the American Empire are the American working class. Earning a living by making tangible goods with your own two hands becomes a lot harder in a country whose unbalanced financial arrangements allow it to import far more goods than it exports. Late-stage empires have little demand for productive labor in the homeland, hence the rise in income inequality and the worsening standard of living which most Americans are experiencing right now.

This is how empire always ends. As the network of subject nations comes unraveled, the imperial core is exposed as an economic backwater, with a rundown industrial plant, weak institutions, fractious domestic politics, corrupt government, and an effete, overprivileged elite who are woefully unequipped to lead during a time of national struggle. Think of Spain in the early twentieth century, or Russia in the 1990s.

The United States is entering such a period right now. This is not to say that you should expect a rapid collapse of our civilization – as with Russia and Spain, this sort of thing will take decades to play out, and will not end with a return to the middle ages.

On the other hand, just because the process is slow doesn’t mean that it can be reversed. The end result, distant though it was, has been inevitable ever since America decided to become an empire back in 1898 (or in 1900, if you consider William Jennings Bryan’s election loss to be the moment that America’s voters ratified what the McKinley Administration was doing in Puerto Rico and the Philippines).

But enough about imperial overreach and imperial decline. I will talk more about that subject in due time. For now, the long and short of it is that the big mistakes were made in the past, the consequences can’t be avoided, and things are going to get worse before they get better. A meaningful response to the crisis has to happen at the level of the individual, family, and community. (That is to say, we should not hang our hopes on national elections or national political parties).

Now for the real topic of this post: the sort of leadership that America can expect to have during the coming crisis. (Did I say that this article was going to involve a palmist? I did. Well, it will, but you’ll have to wait till the end).

The order of topics will be as follows: The Gerontocracy, The Opposition,  and The Palmist.

Joe Biden is going to be America’s oldest-ever president on the day he takes the oath of office. Nancy Pelosi, at age 80, is presently the oldest person ever to be Speaker of the House. Mitch McConnell, at 78, is the oldest Senate Majority Leader. Basically, America is about to achieve a first-ever trifecta of gerontocracy.

Having old people in positions of power is not, on its own, a bad thing, but when a country’s upper leadership structure consists mainly or entirely of decrepit chair-warmers clinging to power until the grim reaper shows up to pry their fingers off of it, something has gone wrong. Whatever you call it – a failure of imagination, an ossification of the elite, etc. – the facts are that the same thing happened with the Soviet Union in the 1980s, and, historically speaking, it is a common sign that a nation is in decline.

How will that decline play out? Probably not as dramatically as some people think. The gradual erosion of America’s ability to influence foreign affairs will continue. Future attempts on the part of the United States to regime-change smaller nations will, if tried at all, end in failure. The last remnants of America’s occupying force will be driven out of Syria and Iraq.

Asia and Africa will continue to dedollarize. Severe inflation will reduce the standard of living for most Americans, though the Congressional Budget Office will do its best to make sure that the official figures don’t reflect this reality. Oil will become scarcer as North American deposits run dry and the growing Chinese and Indian economies suck up more of the global supply. The United States’ infrastructure will keep on decaying. Illegal immigration will continue. Crime will go up. And so forth.

And the people who are supposed to be in charge will be old Democrats who can barely stay awake, while policy is being make by their advisors – basically, another collection of Democrats who are younger and woker (in both senses of the word). These people will do their utmost to make sure that every crisis is met with more promotion of white privilege armbands, childhood gender changes, and the like, while loose monetary policy and globalist trade agreements continue to benefit the salaried class at the expense of those who work with their hands. And if you oppose any of this, you will be called a racist.

(Perhaps you still need one more reminder of how bizarre the Left has gotten? If so, then take a look at how they’re calling Tulsi Gabbard a traitor for sponsoring a bill to keep transgendered boys out of girls’ high school sports. I wonder if they have ever heard of an animal called an “ox?” Oxen are castrated male cattle, used for pulling carts and ploughs because, even with their testicles gone, the males are still much stronger than the females. The same goes for human beings. Mainstream Democrats getting their way will mean that athletes who were actually born female will have no chance at winning much of anything).

Now for a quick rundown on the state of the opposition party. (That’s the Republicans, because Donald Trump lost the election).

The Republican Party’s months-long vacation from this aspect of reality will make it a laughingstock, though it’s hard to say how much this will actually hurt the party. Frankly, the Democrats also do things to make their party a laughingstock, and then they come back and win. American voters do not all have the same taste in laughingstocks, or so it seems.

As an example of some of the insane rhetoric coming from the Right, consider what the conservative Christian radio host Eric Metaxas is saying about people who think the election is over and Biden won. They are, in his words, listening to “the voice of the Devil.” They “might as well spit on the grave of George Washington.” If you aren’t “hopped up about this,” then “you are the Germans that looked the other way when Hitler was preparing to do what he was preparing to do.”

“We need to fight to the death, to the last drop of blood, because it’s worth it.”

This isn’t even the beginning of the craziness. If you want to see more of it (including the part where Metaxas says he is “proudly ignorant” of what evidence, if any, Trump has presented in court to back up his claims), then read this article by Rod Dreher, in which a video of the original interview is embedded. Dreher talks a lot about how he’s worried that Metaxas’ bloviations might lead to violence. Metaxas insists this isn’t the case:

“I know that the lunatics who believe in violence and stuff, they’re going to do that. But I don’t know that it has to happen…”

If you can spend almost a whole hour talking about how your enemies are the equivalent of Hitler and we need to fight them to the death, while insisting that you’re not one of those “lunatics who believe in violence and stuff,” then my conclusion is that (1) whatever point you were trying to make could have been made more clearly without bringing up Hitler, and (2) if somebody like Hitler ever does take power in America, you won’t fight in the resistance. (After all, Biden was a tyrant on the level of Hitler, and you didn’t take up arms against Biden).

Needless to say, we can’t expect the Republican opposition to do much of anything useful so long as its energy is consumed with talking about the election in those terms. And if Donald Trump does what some people are worried he is going to do and announces a 2024 campaign on the day he leaves office, then the whole Republican Party might end up doing just that.

Joe Biden has two dogs, named Champ and Major. He has said that he plans to get a cat when he moves into the White House. (Really, I will get to the palmist before the end of this article, I promise.)

The dogs and the cat are a good move – people are naturally drawn to soft and furry animals, and most Americans either have pets, or would have them if their landlords allowed it. Donald Trump’s failure to get one or more pets when he assumed office was a mistake: as the first president to ever not keep animals in the White House, he made himself seem more cold and distant.

Also, Joe Biden is presently in a walking boot after he broke his foot while playing with his dogs. This is not something that Presidents and soon-to-be Presidents normally do. (It is unclear from the news stories whether he tripped over the dog, or suffered the injury in a less direct manner). Suffice it to say that when he hobbles up the inaugural platform get sworn in, Biden will not be projecting the image of a healthy, alert, and vigorous man.

This is because he isn’t a healthy, alert, and vigorous man. Rather, he is the sort of man who, when he can be bothered to get in front of a microphone at all, says things like the following:

“I'm sure we can, we can prosclaim a palmist, with a palmist who wrote these following words, ‘The Lord is my strength and my shield and with my song, I give thanks to him.’”

Obviously, Biden was not really trying to relate something that he heard while consulting with a palmist. (Consulting fortune-tellers, soothsayers, astrologers, and the like is the purview of serious statesmen, like Alexander the Great, Julius Caesar, and Ronald Reagan. Joe Biden is not on the same level).

What happened is that Biden was trying to quote the Book of Psalms, but he no longer has the mental presence to string three coherent words together. (The media’s relative silence on the matter, compared with the wall-to-wall coverage that “Two Corinthians” got five years ago, is rather telling).

A man who can trip over dogs or try to quote the Bible by “prosclaim[ing] a palmist” is going to stumble rather blindly through his four years as America’s nominal chief of state. Just what sort of military or economic trouble he stumbles his way into is anybody’s guess.