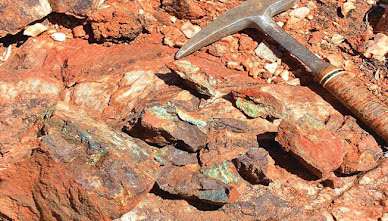 My very first Twilight Patriot post, which is by now nearly two years old, involved a brief comparison of the then-current purchasing power of the US dollar to its purchasing power in the year 2000. My conclusion was that inflation was quite a bit worse than the official sources were willing to admit – a dollar in 2018 was worth only 43¢ in 2000’s money, not the 68¢ of the official sources.

By reanalyzing GDP numbers in light of the new dollar values, I determined that America’s per capita GDP was only 75 percent of what it had been at the beginning of the century. I then concluded that the Trump Administration’s failure to admit that this decline was going on was evidence that there was no plan to do anything about it, and that we could all expect it to just continue for the foreseeable future.

I didn’t really talk about why this was happening, or about how anyone ought to respond to it, and the context-free sense of gloom seemed to rub a lot of readers the wrong way.

But over the last two years, I’ve formed more detailed opinions about what is going on in America right now, and how ordinary people can respond constructively. (And I have also noticed that people pay more attention to my posts when I share these opinions, instead of sharing context-free gloom). Hence the premise of the current post – an update of my thoughts on the economic situation in the United States.

The central fact of this situation is that a set of unbalanced economic arrangements, which have allowed the American nation to consume more goods than it produces and make up the difference by exporting fiat money, is coming unraveled.

While these arrangements held firm – that is, from the middle of the twentieth century until the present day – the biggest losers were the American working class, whose labour was in little demand when the strong dollar made it easy to replace American-made products with cheap imports. But once the system finishes unravelling – that is, one the dollar is no longer the global currency and America’s imports and exports have to match again – the situation won’t immediately improve. Instead, the whole country will have to endure a period of third-world-level poverty. The reasons for this are:

1) Too many American industries have vanished beneath the tide of cheap imports. Whether you are looking at steel, microprocessors, ships, shoes, pianos, or any other manufactured product, you will almost always see the same story: a once-flourishing domestic industry has suffered relentless decline, and America now relies mainly on imports from some part of Asia.

2) Our transportation infrastructure is old, rundown, and heavily dependent on a prodigious rate of oil consumption: 21 barrels per person per year, compared to 12 for the European Union, 11 for Japan, and 3.7 for China. Without a better rail network, public transit systems, etc. – which nobody in power is seriously trying to rebuild –  the coming oil shortage will be devastating.

It doesn’t help that neither party’s central myths allow it to make a level-headed assessment of the situation and propose realistic solutions. The typical Democratic voter has only enough economic knowledge to ask, “Are the rich paying their fair share?” Democratic politicians draw on this sentiment by promising welfare programs to benefit the poor, which usually turn out to be wealth transfers from the middle classes to whatever monied interest group administers the welfare program.

Republicans have a leg up on Democrats in that their base understands that, in nearly all cases, the thing that would most benefit the poor is steady work, and that government programs are not the best way to provide steady work. Hence their consternation when they see so many jobs are being lost oversees.

Unfortunately, the Republicans’ rosy views of big business and the profit motive, and their habit of framing geopolitical events in terms of the righteous USA needing to assert itself against the malign Other, have totally scuppered their ability to understand what’s really going under the seams. Hence the typical Republican voter’s perception that China is taking advantage of the United States and needs to be punished, preferably by a loud, brash president who calls himself a “tariff man.”

But the uncomfortable truth about trade deficits is that trade deficits cannot be imposed from without. They are only possible because the Federal Reserve and the US Treasury have chosen to pursue a loose monetary policy. If the US didn’t send so much newly printed currency abroad, then every dollar’s worth of imports would have to be paid for by a dollar’s worth of exports, lest the country run out of dollars. (Before the advent of central banking, when gold and silver were the principal medium of international trade, there were no significant trade deficits.)

And while there are certainly Chinese interests who benefit from what is presently going on with America’s trade deficit, the fact of the matter is that China does not have the power to unilaterally force that deficit on the United States. Only America’s own ruling class can do that.

What most commentators see as a matter of China exploiting America is really a matter of one class of Americans exploiting another class of Americans. Specifically, the professional managerial class, or PMC – that is, the people who work in government, finance, education, real estate, insurance, IT, corporate management, and various other high-paying, non-offshorable jobs – have subvehiculated the rest of the American labor force.

As with all historical processes, there is a fundamental dynamic of rise and fall going on here. The PMC rose with the US-centered global financial system, and it will fall when the rest of the world abandons that system and dedollarizes (My prediction right now is that the dollar will still be the dominant currency in 2030 but not in 2040).

For most people, the best way to weather a transformation like this – ironic though it may seem – is to join the class that is not presently on the top. In the America of 2040, few people will enjoy the same standard of living that a middle-class American enjoyed at the turn of the century; however, those who are best off will be those who know how to work with their hands, as farmers, carpenters, metallurgists, repairmen, salvage workers, etc. These are the jobs that make up the bulk of the economy in a normal country – i.e. one that is not experiencing a glut of cheap imported goods.

I will now make another attempt at estimating the real purchasing power of today’s dollar, as compared to the dollars of a year ago, or at the turn of the century. This should help highlight the reality of the decline, to any readers who still doubt it. My data are from tradingeconomics.com; the 2000 and 2019 data represent closing prices at the end of December.

To get from eight sets of data down to one, I used the geometric mean. This is different than the arithmetic mean (i.e. the old-fashioned average) because instead of adding all the numbers together and dividing by eight, I multiplied them all together and took the eighth root.

The advantage of the geometric mean is that I don’t have to decide how much weight to give to each commodity. For example, it doesn’t matter whether I start with an ounce of gold or a ton of gold; if the price of gold doubles, the geometric mean of all the prices will increase by a factor of 1.0905, and the same goes for all of the other commodities. The mean prices are given below:

Now, before I go any further I should note that one effect of measuring purchasing power this way is that economic swingarounds seem much more intense than in a conventional analysis. For example, by my metric (and if you want, you can go on tradingeconomics.com and repeat the calculations yourself), the US dollar lost about three quarters of its value between 2002 and 2012, then jolted back up to half its 2002 value by 2016.

Obviously, the typical American did not experience nearly so intense a swing in his or her cost of living; this is because the processes which take raw materials like corn, oil, copper, and wood, and convert them into things the average American is likely to buy, also spread those costs out over time. Still, over the long term, the one drives the other, so steep and lasting increases in commodity prices are nothing to wink at. (Keep in mind that in 2000, a Whopper at Burger King cost 99¢, as opposed to somewhere around four dollars today).

So as it stands right now, the US dollar has about 0.80 times the purchasing power that it had at the beginning of 2020, and about 0.36 times as much as at the turn of the century. (Officially, the latter figure is 0.66). This puts the present-day US GDP at 76 percent of what it was in 2000, and the per capita GDP at a mere 65 percent of where it stood 20 years ago.

As usual, the decline is being papered over. (Just how many people still believe the official estimates is anybody’s guess – recall that they’re now saying that the 31.4 percent GDP drop in the second quarter of 2020 was completely reversed by a 33.1 percent gain in GDP during the third quarter, even though most of the covid restrictions have yet to be lifted).

In conclusion: the official reports of an economic recovery (and of net growth over the last two decades) are propaganda. The decline in the real economy of tangible goods is something that America’s politicians can’t even admit exists, let alone confront in a constructive manner, so the gap has to be closed with fabricated numbers.

Eventually, this fiasco will end – what can’t be sustained won’t be sustained – but Americans, especially in the working class, should expect hard times now and in the foreseeable future.