Why I Will Be Voting To Legalize Weed 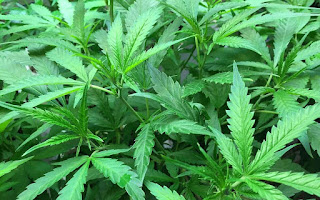 This November, my home state will be holding a referendum on whether to legalize recreational marijuana. My plan is to vote yes in the referendum, and, owing to the rising generation’s almost complete lack of support for marijuana prohibition, I am fairly certain that my side will win.

Now, as my audience consists mainly of people on the right, and because right-wingers are less likely to vote yes on questions like this than are leftists, I figured that I should explain my thoughts on the matter.

To begin with, I don’t support marijuana legalization out of a general belief that government shouldn’t enforce morality. Rather, I support it because I think that America’s last few decades of experience with marijuana prohibition has shown it to be impractical. That is to say, the potential benefits are not worth enough to justify the downsides.

Now, one could reasonably argue that murder, arson, stealing, etc. are different because they’re things which every society has prohibited, for the simple reason that a society that doesn’t prohibit them can’t survive for very long. But here’s the problem: there are also plenty of aspects of modern American morality which nearly every American agrees should be enforced by law, even though, historically speaking, they’re not as universal as the taboos against murder and stealing.

For example, sex between an adult and an eleven-year-old child is illegal in the United States because nearly everybody agrees that it is immoral, while in past societies which did not consider it to be immoral, such as ancient Greece, it was not illegal. A libertarian might say that this is different because of the element of consent, but that argument has at least two flaws.

First, the idea that children below a certain age cannot consent to sex had to be established by legislation; it isn’t some kind of objectively verifiable fact. And second, not all societies share our belief that nonconsensual sex is always immoral. For example, it was only fairly recently, in the big picture, that Euro-American law codes began to frown upon married men having sex with their wives against their will.

So in reality, the marijuana question is less about whether government should enforce morality, and more about what sorts of moral principles can be enforced by the government in a practical and/or worthwhile way. Or in other words, the real debate is about which moral concerns should be transformed into public, enforceable legislation, and which ones shouldn’t.

To begin with, nearly every member of my generation has smoked marijuana, and the vast majority have completely gotten away with it. But even though, from the individual stoner’s point of view, being arrested and tried is a rare event, marijuana is so widespread that a huge amount of police resources are being tied down in what has become, in effect, a quest to disrupt the lives of an almost-random sampling of the American population.

The failed campaign against marijuana not only distracts the police from cracking down on more serious threats to the public safety (i.e. drunk driving, violent crime, sex crimes, etc.), it also gives them more opportunities to violate Americans’ civil rights.

For example, young black men are a lot more likely to be stopped and searched just for being black when the police know that any search of a young person is likely to turn up evidence for a crime. Now, it so happens that smoking weed in one’s youth is the norm among all races, with the possible exception of Asians, so if they really wanted to, the police could routinely search young white men on the same grounds. But for a variety of reasons, they choose to mostly search blacks.

As an even more egregious example, nearly every American police department gets a large portion of its revenue from civil asset forfeiture, a legal process in which assets suspected to have been used in the commission of a crime – for instance, a drug dealer’s truck – can be seized in a civil proceeding without the defendant having to be convicted of, or even charged with, the crime in question. While the attempts by a few right-wingers to abolish civil asset forfeiture haven't accomplished much, it will at least become less common if marijuana is legalized.

It is also worth noting that, right now, young people who buy and smoke weed – i.e. the majority of young people – have to get it from an illegal drug dealer (or an “unlicensed pharmacist” if you want to use euphemisms along the lines of “undocumented immigrant.”) Once connected to the world of the underground drug trade, these dealers will have a strong incentive to get their customers to try out worse drugs – cocaine, methamphetamine, heroin, fentanyl, and so forth.

Take away the need for marijuana users to buy their product on the black market, and fewer of them will end up regularly doing business with the sorts of people who are hankering to get them hooked on hard drugs, too.

This is a big deal, because most other illegal drugs are so much more harmful than marijuana that putting them in the same category is bound to cause trouble. (And I’m not talking about the schedule system; to most people, all illegal drugs form one big category). To put things in perspective: nobody has ever died of a marijuana overdose, stoned driving is less dangerous than drunk driving, and it’s a lot easier to deal with an employee or a family member who is stoned a lot than one who is a habitual drunk, which is in turn easier than dealing with someone who is addicted to cocaine, heroin, fentanyl, or something else along those lines.

Don’t get me wrong – if I was designing the ideal society, recreational drug use of all sorts would have no place in it. And as far as personal morality goes, I’m a complete abstainer. I’ve never smoked marijuana, and I don’t have any plans to start. I liked Elon Musk’s assessment of it during his Times interview two years ago: “Weed is not helpful for productivity,” he said. “There's a reason for the word ‘stoned.’ You just sit there like a stone on weed.”

But I just don’t consider the problems with marijuana to be serious enough to justify the government trying to control it the way it controls hard drugs, which I am unabashedly against. (And that includes their legal as well as their illegal uses – I have explained here and here why I think that putting young children on amphetamines for ADHD is one of the biggest human rights abuses going on in the world right now).

But weed is a separate thing. It simply doesn’t provoke strong opinions from me, and while I won’t partake of it myself, I have no desire to stop anybody else from partaking.

And even though I don’t reject the idea, in principle, that government should sometimes enforce morality, I am also a pragmatist who thinks that all of our laws should be subject to level-headed cost/benefit analysis. And in the case of the laws against marijuana, I think that the costs – both to the public well-being and to our liberties – far outweigh the benefits.

And that is why, this November, I will be voting to legalize weed.