The Covid Shutdown: Strands of Irrationality 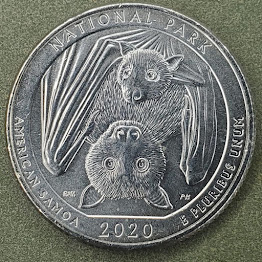 Last week, I briefly mentioned the irony of how, a little more than half a century ago,  the world was able to handle pandemic bigger than the one going around now without disrupting people’s lives enough for hardly any of them to notice. Just ask Americans what happened in 1957, and I can assure you that among the minority who don’t draw a complete blank, Sputnik and Jailhouse Rock will come up way more often than the Asian Flu Pandemic of ‘57.

So what the heck is going on now to convince American society that it is a good idea to bring ordinary life to a screeching halt, just to slow down a disease that mainly kills old and sick people at somewhere less than 15 percent of the background rate?

To put things in perspective: every year in the US, about 35,000 people die in road accidents. So far this year, 166,000 have died of covid. Covid looks worse, until you remember that the average age to die of it is somewhere between 75 and 80. A quick glance at an actuarial table will reveal that these people can typically expect to live some 9 to 12 more years. Road accident victims would, on average, have lived another 40 years before dying of natural causes.

So we’re looking at a threat on the same order of magnitude as road accidents, with a major mitigating factor being that covid won’t be here year after year after year. A lot of reasonable people have looked at this and come away thinking that the best response would be to keep life normal for most people while providing the more at-risk demographics with the means to isolate themselves. This is what Sweden has done, successfully, with a per-capita death rate nearly the same as America’s.

But here’s the thing – any old blogger can yammer on about the things I’ve just said, and in fact, at this moment, many thousands of them are doing exactly that. What I intend to do is to to get under the hood of what’s going on and show just why it is that so many people in America seem to have lost their minds.

At the end of the day, “people are stupid” is just a dumb cliché. In reality, everything that’s going on right now has a detailed explanation within the mass psychology of the American mind.

So, without further ado, here are the three strands of irrationality which I think have combined to create the American overreaction to the Coronavirus.

1.      Most Americans Believe in the Myth of Progress

A few months ago, I devoted one of my essays to explaining the concept of the “Myth of Progress,” and how the last few centuries of rapid technological change have conditioned people to see history as a tale of the inevitable and irreversible banishment of mankind’s problems through the adoption of new technology.

The Myth of Progress has so much power because it frequently fits the facts: think of how much nicer life is with the printing press, the germ theory of disease, antibiotics, X-rays, weather forecasting, hot running water, machine-spun cloth, etc.

But sometimes, the myth blinds us to facts. If you lived in the sixteenth century and believed in the inevitability of technological progress, you might have spent your whole live insisting that the Philosopher’s Stone was just a few years away.

Likewise, in our own day and age, you can see Congress pouring several trillion dollars down the rat-hole of the F-35 out of a mistaken belief that, because it is a whole “generation” newer then the F-15 and F-16 and their Russian counterparts, it must be much, much, better. But according to many of the people who actually have to fly the F-35, it isn’t an improvement at all; there’s a reason why they often call it the “Penguin.”

The persistence of the Myth of Progress is the reason behind so many people’s firm belief that the current pandemic will end with the successful creation of a covid vaccine, despite the fact that scientists have been trying to vaccinate against various members of the Coronavirus family for decades with little success.

Now this is not to say that I expect no covid vaccine to be created at all – in fact, Russia has already announced plans to start vaccinating people later this month. But nobody can know in advance how effective this vaccine is going to be. It will likely be better than nothing, but the problem is that coronaviruses mutate very rapidly (there are already at least six strains of the one that causes covid-19) so even if you go through the motions of injecting people with a weakened variant of something that you isolated in the lab several months ago, it isn’t going to protect people against all of what’s presently out there in the wild.

However, this doesn’t stop people from continuing to believe in both the inevitability and moral necessity of finding a vaccine or a new drug or something that will stop the virus dead in its tracks. After all, from the point-of-view of a true believer in the Myth of Progress, infectious disease outbreaks belong in the past. They are not like cancer or road accidents or other respectable causes of death.

We enlightened 21st century Americans can afford to be rational about cancer and road accidents and other humdrum hazards of the modern world. We are allowed to think about the costs and benefits of public policies that would mitigate those hazards. And we can do that with the knowledge that the complete suppression of these dangers would involve an unacceptable loss of personal freedom.

But learning to live with the Coronavirus, on the other hand, is tantamount to returning to the Middle Ages, and turning back the clock is the one thing we must never do.

2.     Doctors And Journalists Have Too Much Influence

The Myth of Progress accounts for one strand of irrationality in the excessive reaction to the Coronavirus, but taken alone, it is far from sufficient to explain what is going on right now. To do that, you also need to look at the class interests of the two classes of people who are influencing public opinion the most: doctors and journalists.

Way back in April, I wrote a post explaining in some detail how doctors’ and journalists’ worldviews are heavily influence by their membership in the comfortable classes. In short, the idea is that not everyone in America is equally well prepared to deal with the financial ramifications of a long shutdown. And let’s just say that if your biggest worries are what to watch on Netflix and whence to order take-out, then you may be a bit too isolated from the experiences of the typical lower-middle-class or poor American.

Now it just so happens that the doctors and journalists who are shaping everyone’s opinion about whether are shutdown is necessary are also among the people with the least to lose from a shutdown. Journalists can work from home. Most doctors are essential workers, and even those who aren’t are still wealthy enough to weather off a temporary economic downturn.

A good example of the bubble in which these people live comes from Rod Dreher, the top-billed writer at the American Conservative. While I agree with much of what Dreher is saying about the broader facts of American decline, I am unimpressed by his decision to frame his personal experience of the present shutdown as ‘covidtide’ – basically, an extended Lent in which orthodox Christians like Dreher have a special opportunity to draw closer to God by denying themselves the pleasures of full participation in modern society.

All due respects to Dreher’s religion, but I think it would be naïve not to note that his experience of ‘covidtide’ is influenced by the fact that the shutdown has done little to disrupt his ability to make a living. Dreher’s articles are still appearing in regular order on the website of the American Conservative. The people whom he looks down on for chafing under the covid restrictions generally do not have anywhere near his degree of worldly security.

Finally, one more point worth noting is that members of all professions have, with few exceptions, an exaggerated idea of their own profession’s ability to solve problems rather than create them. This is true for doctors, lawyers, politicians, clergymen, educators, scientists, engineers, policemen, or whoever.

An infectious disease expert like Dr. Anthony Fauci has spent his whole life studying the hazards posed by infectious diseases and devising ways to mitigate said hazards. It should surprise nobody that he is hyperfocused on slowing or stopping virus transmission. But when he comes out and says something to the effect that we have no choice but to keep the country shut down for at least a year, we all need to seriously consider whether or not he has actually done a balanced cost-benefit analysis.

Perhaps Dr. Fauci hasn’t put much thought into the way that shutting down so much of the economy will worsen the lives of millions of working-class Americans, and lead to increasing poverty, lack of health care, child abuse, divorce, suicide, homicide, addiction, etc. It isn’t a surprise to see him overlook these things – after all, they aren’t what he was trained to protect us from. But they’re still worth thinking about.

3.     This Is All A Political Shibboleth, Anyhow

Let’s just admit it already: for millions of Americans, wearing a mask isn’t really about stopping the spread of virus particles. It’s mostly just a way of saying that you hate Donald Trump.

Oh, sure, very few of the people who are ostentatious about wearing masks even when they aren’t required to are consciously thinking this thought. At the same time, it isn’t a coincidence that Joe Biden’s handlers have made sure that he has worn a mask in nearly all of his photoshoots this summer, even though he mostly remains in or near his house, while at the same time President Trump, who’s in public all the time, rarely ever wears one.

Here’s the thing: if you are a governor or mayor or some other local authority figure, and you want everyone to know that you think Donald Trump is a childish buffoon whose blundering and blustering is getting thousands of Americans killed, then the best way to get your opinions out there is to impose as many burdensome restrictions as possible on the people beneath you.

And if you like Donald Trump and want to prove to everyone around you that you won’t countenance anybody trampling on your liberties, then the best way to do it is to flout every covid restriction, even the ones that make sense.

That’s where we are as a country, in this topsy-turvy Year of the Bat. Even something as serious as the deadliest virus since 1957 can’t escape being flattened out into a two-dimensional game of “are you for Trump, or against him?”

I suppose the bright side of this is that it will only go on as long as people are consumed by a burning desire to signal their love or hatred for the President. That's why I suspect that a lot of the over-the-top social distancing requirements and hysterical finger-pointing will vanish a week or two after the election, no matter who wins.

In the meantime, I don't think there's much reason to hold out hope for Americans to make a collective return to their senses.