Thoughts of a Democratic Reactionary 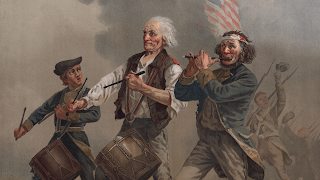 “Democratic” and “Reactionary” aren’t words that you often hear used to describe the same political thinker, or the same belief system.

There is a reason for this: In the 19th century European politics from which so much of our political vocabulary is drawn, liberal democracy was a rising force, and reactionaries, by definition, wanted to revive discarded elements of their respective countries’ national traditions. In those days, being a reactionary meant wanting to go back to absolute monarchy.

But there isn’t some eternal principle which prevents a reactionary from being a liberal democrat. In fact, if you live in a country which was more democratic in its past than at present, then defending democratic principles just might require you to be a reactionary.

Now, before I go on, I should probably spend a few paragraphs explaining just what kind of reactionary I am. To begin with, I am a thoughtful reactionary. That means that I have a more nuanced view of the past than a lot of people on the conservative side of things, who just pine for a return to whichever era of our country’s history they happen to see through the most intensely rose-colored glasses.

The only thing that can be said in favor of that viewpoint is that it rejects the myth of progress; that is to say, it doesn’t follow the delusional mainstream of American society in believing that the rapid and uncritical adoption of the latest innovations, both social and technological, will liberate us from human nature and set us on track to a glorious future that’s much better than any era in the past.

But the simple-minded reactionaries still fail to see the cyclico-chaotic nature of real history, as opposed to the linear idea of perpetual betterment, on the one hand, or the equally linear idea of mankind falling away from an idealized past, on the other.

Having thus liberated myself from the boneheaded idea that it’s a reactionary’s job to defend every aspect of a particular time in American history which supposedly marked our country’s peak, I am instead free to pick and choose which elements of our collective past are most worthy of admiration.

Thus, I can say that I am enamored of the religious climate in colonial Philadelphia, which I think was demonstrated very well in the philosophy and religious outlook of Benjamin Franklin. It was a time when the belief in a benevolent Creator, and the adherence by men and women of all sects to the same code of Christian ethics, was balanced with religious pluralism and a distrust of any sect which claimed to have too firm of a grasp on God’s infallible truth.

I admire the political organization of the antebellum United States, where the power of the federal government to manage military affairs and regulate trade was balanced by a healthy degree of apprehension that the states – both north and south – might rebel if their rights were violated.

I would love to see a return to the sort of locally autonomous, old-fashioned school systems that we had circa 1910, which were good enough that, even with an eighth grade education – which was all that many Americans got back then – a man of that time was still far more articulate, and knew far more about the world around him, than his present-day counterpart. Frankly, even in the 1950s, which were a ways downhill from 1910s, the schools were still lightyears better than they are today.

I look back fondly at the scientific and technological leadership which America enjoyed during the 1950s, ‘60s, and ‘70s, when we built scads of nuclear of power plants, put men on the moon, and achieved other feats of engineering that haven’t been repeated in more recent times.

And I sort of like the kind of race relations we had in 2008. I mean, they weren’t perfect by a long shot, but the Democratic party had just elected the nation’s first black president, the conservatives had a black man in the rightward-most seat on the Supreme Court, and solid majorities in both parties were committed to the idea that blacks and whites could live together as equals if they really wanted to. White privilege, and the insistence that if you were born white then you were born a racist, had not yet entered the mainstream.

Now to answer the original question: Why is my being a reactionary inseparable from my faith in liberal democracy?

To which I respond: Because liberal democracy was much stronger in America’s past than in its present.

Congress, which is supposed to be the most powerful branch of government, has very little role in making the laws these days. Nearly all meaningful policy is set by the courts and the civil service. Most Americans follow professions in which everything they do is rigidly shaped by compliance with innumerable regulations made by the SEC, FCC, FAA, OSHA, USDA, and countless other unelected bureaucracies – agencies which get reorganized by Congress every few decades, but otherwise are running on autopilot.

Now, some people will say that this argument to the effect that America is not a democracy is flawed because the civil service (and even the courts) are theoretically subject to a variety of congressional checks. However, in practice the checks are never used. In much the same way, Britain is still officially a monarchy, and the Queen is still theoretically in charge; she has nonetheless chosen, in accordance with longstanding tradition, to always defer to her ministers.

In other words, the people responsible for the replacement of American democracy with technocratic oligarchy are masters of the art of revolution within the form.

If you want to hear the best arguments to the effect that democracy in today’s America is a ceremonial affair in much the same way as monarchy in today’s United Kingdom, then read Mencius Moldbug. Be warned, though: if you start reading his blog from the beginning, it could take days before you get to where he hits his stride. If you don’t have much time, here is a good place to begin.

Now, the big difference between myself and Moldbug is that, to Moldbug, democracy is an unworkable sham through and through, and Anglo-British politics have been going downhill since the days of Charles Stuart. Me? I think that Moldbug’s beliefs about the value of democracy (as opposed to its absence from contemporary America) are dead wrong. Basically, I agree with Winston Churchill’s observation that “democracy is the worst form of government, except all those other forms that have been tried.”

To me it seems undeniable that America’s national greatness, in our first century-and-a-half or so of independence, was inseparable from our democratic form of government. Likewise, the British enjoyed unprecedented domestic peace, along with military, economic, and scientific dominance in the centuries following 1689, largely because of Britain’s democratic form of government.

And by “democratic form of government”, I don’t just mean that people voted. What I mean is that the political system was dominated by one or two elected Houses – in Britain, the Commons, and in America, the Senate and House of Representatives – which alone had the power to enact major changes in the laws, while other officials played smaller roles and were accountable to the Houses if they abused their power.

And this didn’t happen because the supporters of democracy were on the losing end of any sort of armed struggle. There was no epic battle between those who wanted the Supreme Court to decide whether praying in the public schools should be prohibited and abortion should be legalized, and those who wanted that power to stay with voters or their elected representatives.

In the old days, that's what it would have taken. For example, when Oliver Cromwell decided that the House of Commons - which he led - should govern England alone and leave no power in the hands of the King or the House of Lords, he had to establish parliamentary supremacy by the sword. Establishing judicial supremacy in the United States didn't take that kind of effort; in other words, the 1960s didn't end with Earl Warren giving the order to behead the last Speaker of the House.

No, what happened was that the Warren Court made a number of power grabs which made a lot of conservatives mad, but not mad enough to put any pressure on the government to do anything about it. There were people like George Wallace who, perhaps without intending it, devoted their careers to convincing the American public that the main purpose of states’ rights was to defend segregation. And on the other side there were technocratic liberals who were fine with the destruction of representative government as long as it meant they could have their civil rights reforms a few years earlier than Congress and the state houses would have gotten around to passing them.

Perhaps if the desire to defend “home rule” or whatever you call it had inspired more civil disobedience on the part of the right, things would have turned out differently. Perhaps if the decision to outlaw school prayer in Engel v. Vitale had proven unenforceable except by sending US Marshals to beat noncompliant ten and twelve-year-olds, we would have gotten our country back.

Perhaps if 23 January 1973 had been America’s “Day of the Barricades” in which Congress and the President had no choice but to either reform the judiciary, or else order the army to machine-gun millions of civilians blocking the streets of every major city, then radically altering the constitution would still require the consent of Congress and the requisite three-fourths of the state legislatures.
But that isn’t what happened. During the 1960s – and to a lesser extent in the decades before and since – people on the left were far more willing than people on the right to put their own careers, safety, and freedom on the line in order to agitate for the causes they believed in. And because the left played the game harder, the left won all the prizes.
I don’t even begrudge them many of these prizes. I said earlier than I think American race relations reached their best point in 2008; well, that wouldn’t have happened without the efforts of people like the Reverend Martin Luther King Jr., whom I once eulogized as America’s Last Great Statesmen on account of the fact that nobody since King has led a mass-movement that was willing to make similar sacrifices to achieve its purported goals.

But I do regret the downfall of American democracy. And I think that our country – or its successor states, in the event that America breaks into multiple pieces – will be better off in the future if democracy somehow gets revived. And that is why I call myself a democratic reactionary.