John Roberts And The Men Who Made Him 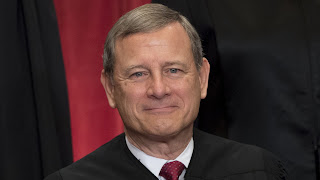 This morning, the US Supreme Court issued its latest pro-abortion ruling, June Medical Services v. Russo, in which it struck down a Louisiana law meant to make getting an abortion in that state a lot harder. The big news now is that Chief Justice John Roberts, who voted against striking down a similar Texan law in 2016, has switched sides – and without his vote, the liberals wouldn’t have won this time around.


Honestly, this whole month has been a steady stream of let-downs for conservatives. Last week, Roberts voted with the liberals to preserve DACA yet again, and both Roberts and Gorsuch helped rewrite the Civil Rights Act of 1964 to include LGBT+ in the list of people that an employer can be sued for discriminating against.

Now, John Roberts said that his abortion decision was all about upholding precedent. Perhaps he’s telling the truth, though as Roberts had previously helped reverse at least 17 precedents since he joined the Court in 2005, I think that something bigger is going on here.

Pessimistic conservatives – basically, the only kind worth listening to these days – predicted that this would happen. Back in 2005, during his confirmation hearings, John Roberts was questioned by the Senate about anti-abortion legal briefs he had written while working in the Reagan and Bush Sr. administrations. Unlike some judicial candidates, who simply refuse to talk about issues on which they might rule, Roberts distanced himself from the opinions he had once expressed. “Senator, I was a staff lawyer,” he said, “I didn't have a position.” Roberts also described Roe v. Wade as a “super-precedent” entitled to even more respect than ordinary precedents.

The Republican party pretty-much ignored this, and every Republican in the Senate voted to confirmed Roberts, as did half of the Democrats. This would be the last time that a Justice got so much bipartisan support.

Roberts was a consistent conservative vote for most of his career – or in other words, he voted with the conservatives when it didn’t matter all that much because Anthony Kennedy was still the swing vote. Now, with Kennedy gone and America’s conservatives deludedly thinking that their country might actually have a constitution again, Roberts has made his true colors known. Indeed, he has voted with the liberal bloc in most of this term’s high-profile cases,  culminating an epic run to the left that began when he saved Obamacare back in 2012.

The main exceptions to the Chief Justice’s newfound liberalism are his continued preference for siding with corporations in class-action lawsuits, and his continued opposition to environmental regulations. Keep those in mind – they say something important about Roberts and the forces that brought him to power.

Now, I can bet that the typical Republican politician will blame the outcome of the abortion case and the immigration case on bad luck, and tell his or her constituents that if they just keep voting Republican, then maybe they’ll have better luck next time. But the evidence tells a different story.

Republican appointees have been a majority on the Supreme Court since 1969, so the fact that the Court has created a right to abortion, defended it for nearly 50 years, and also advanced every other socially liberal cause during that time has a simple explanation: these things happened because influential people in the Republican Party wanted them to happen. And that is the uncomfortable truth that today's Republicans don't want to admit.

Every Republican president in the post-Roe v. Wade era (possibly excluding Trump, whose nominees have yet to be tested) has appointed at least one Supreme Court justice who upheld that decision. Ronald Reagan is unique in having appointed two. These presidents all knew that the judges they had picked had either previously spoken in favor of legal abortion (i.e. Sandra Day O’Connor, who tried to legalize it while a member of the Arizona State Senate) or else were just go-with-the-flow type lawyers who had no strong opinions about whether or not the constitution still ought to mean what it meant when it was written (i.e. David Souter).

The plain fact is that, as often as not, these Republican presidents chose unprincipled moderates over constitutionalists like Edith Jones, the woman whom some of Bush Sr.’s advisors tried to get him to pick instead of Souter. And they did this because they knew that Republican senators were fine with taking the easy way out and confirming a jurist about whom they knew nothing, so long as they could spin it as a win to their gullible voters.

Democrats, obviously, have different standards – can you imagine a Democratic president appointing a judge who made a mystery of whether or not he or she supported abortion rights? I can’t.

Now, there are things which moderate Republicans won’t leave to chance when choosing their judicial nominees. Siding with corporations in class action lawsuits is a mainstay of moderate Republican jurisprudence, as is siding with employers in labor disputes, and either striking down environmental rules or interpreting them as narrowly as possible. John Roberts has consistently lived up to expectations in these areas.

I also think it likely that the Republican donor class isn’t much bothered by Roberts’ decisions in favor of illegal aliens – after all, these people like them their cheap labor.

Perhaps Donald Trump will win a second term, another Supreme Court seat or two will be vacated when Ginsburg and Breyer shuffle off their mortal coils, and Trump will get another shot at building a conservative majority.

His best choice in that scenario is, I think, to appoint Amy Coney Barrett. Honestly, Trump should have picked Barret the last time around; having three women on the liberal side of the Court and none on the conservative side is a huge weakness, for the simple reason that wishy-washy justices like Roberts are less likely to vote conservative if it means being on the wrong side of a battle-of-the-sexes. Am I going to hold my breath waiting for Trump to do this? No – Donald Trump is mostly bluster, and Republicans in Congress have shown no intention of holding him to account on judicial appointments or any other issue.

But it may turn out that Trump doesn’t appoint the next justice at all. Ginsberg and Breyer might outlast him, and it's also worth noting that Joe Biden could win in November (I know that I said a few months ago that this was impossible, but Trump is handling this year’s black swan events so badly he might get abandoned by his voters anyway). If either of these things happen, then Ginsberg and Breyer will be replaced by likeminded liberals, and John Roberts will be free to keep advancing the left’s agenda for as long as he draws breath.

The Democratic leadership will not be bothered by Roberts’ jurisprudence, and as many liberals who do complain about it – that is, those who believe that their party is telling the truth when it says it is against corporate power and against mass incarceration and in favor of protecting the environment – will have to learn the hard way that the Republican party isn’t the only party that has spent the last few decades luring idealistic voters with empty promises.
at June 29, 2020