One of the advantages of having a blog is that I have a place to publish letters-to-the-editor that were meant for the local paper, but got rejected for pointing out facts that are too unpleasant to be printed. Apparently, the unwritten rule that was violated by the letter I am about to post is the one that says you're not supposed to compare your opponents to the Nazis, even if the comparison is accurate. Here is the text of the letter in full:

As a history buff with a focus on World War II, I was recently pleased to discover Norman Ohler’s intriguing book Blitzed: Drugs in the Third Reich, which recounts how the leading Nazis, themselves addicted to numerous substances, also distributed methamphetamine (nickname: “Hermann Göring Pills”) to their soldiers and airmen, who used it as a performance enhancer and concentration aid.


The drug’s adverse effects soon became known, as it often led to insomnia, aggression, delusions of grandiosity, and psychosis. Soldiers seemed, to their comrades, to be in a ‘zombie-like’ state. As the war dragged on, most units cut back on methamphetamine use, though they would still take it when the men felt their lives were in danger, as a ‘war is hell’ kind of thing.

Today, amphetamine, methamphetamine, methylphenidate, and cocaine are the four most common examples of a class of drugs called ‘stimulants,’ which have the same primary effects. Two are well-known as drugs of abuse; the other two are better known by their trade names, Ritalin and Adderall.

Children on stimulant drugs suffer all these harmful effects, as well as others, like growth suppression, to which adults aren’t vulnerable. And while the German soldiers only took drugs during moments of extreme stress, some ten or fifteen percent of American kids are on these substances every hour of every day.

There was a time – still in living memory – when American schools had no concept of ADHD, and the behaviors that are now getting kids medicated were dealt with in much less harmful ways. Is it really too much to ask that we return to that state of affairs? 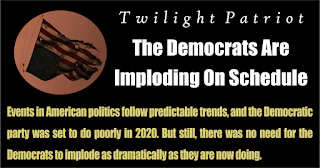