Today I have taken a break from commenting on current events in order to talk about history instead. Specifically, I’ll be discussing America’s major wars, and ranking twelve of them in order from least justified to most justified. It is important for Americans to be familiar with these wars, as their outcomes are largely responsible for shaping the country we live in today.

1)         Philippine War. There was simply no justification for the American double-crossing of Emilio Aguinaldo and his Filipino independence movement after the Spanish-American war had ended. The more perceptive Americans at the time saw Aguinaldo as the Philippines’ Washington and McKinley’s decision to make war against him as a gross betrayal of America’s own founding principles. See, for instance, Mark Twain’s biting satire, The Battle Hymn of the Republic, Updated, which opens:

But opponents of the war weren’t numerous enough. William Jennings Bryan, who favoured Filipino independence, lost the 1900 election to McKinley, and Roosevelt continued the counterinsurgency after McKinley’s death, until the Philippines were pacified. They eventually gained independence from the United States after World War II, but there’s still a lot of bad blood between the two countries.

2)        World War I. The tricky thing about this war is that the Germans had given us a somewhat legitimate casus belli with the Zimmermann Telegram and the plan to invade the U.S. through Mexico. The problems with going to war on these grounds were that, first, the Germans and Mexicans were in no position to actually make good on such a threat, and second, with or without the telegram, there was no real moral superiority of one side over the other in this war. So in the end, Woodrow Wilson broke his campaign promise and spilled a lot of American blood in a pointless European conflict between rival imperialistic powers, in which we had nothing to gain. By siding with the Entente, we guaranteed a lopsided outcome in which resentment by the Central Powers led to yet another, worse European war.

3)        Korean War. The disaster of the Korean War lies not in defending Korea, but in waging war with a complete lack of Congressional authority. In the other undeclared wars in this list, the President at least got some sort of formal authorization to use force, but in Korea, there was nothing. The problem only became worse after China had joined in on the side of the aggressor and was slaughtering American troops, but President Truman refused to so much as bomb the bridges the Chinese were crossing out of a belief that doing so would harm the cause of peace. General McArthur got the blame for exceeding his authority when he went to Congress himself, but really it was Truman who was acting outside his bounds. This war not only taught the Communists that they could attack America with impunity; it also destroyed the constitutional separation of powers and helped establish the imperial presidency.

4)        Vietnam War. Like in Korea, the intended purpose of this war, defending Southeast Asia from communism, was not a bad thing. The problem was with how the war was conducted, and American leaders’ willingness to spill so much blood in a conflict where they lacked a clearly defined goal and were unwilling to commit to complete victory as in World War II. This war was also the beginning of America’s tradition of failed counter-insurgencies - our futile attempts to impose our values on countries in which, whether we like it or not, too many of the inhabitants are opposed to us and will fight to the death to keep us out.

5)         Gulf Wars. The First Gulf War was ostensibly started in order to protect a weak nation, Kuwait, from a stronger neighbour. The problem was that Kuwait had provoked Iraq by slant-drilling, and the American coalition’s consequent invasion had less to do with justice, and more to do with commerce and favouring an American-friendly regime over a more independent one. The Second Gulf War was even worse; this time there was no actual invasion of anything by Iraq, only a lot of propaganda about 9/11 and WMDs in order to turn Saddam Hussein into the bogeyman that America’s rulers wanted at the time.

6)         Mexican-American War. This war is a mixed bag. Part of its cause was Mexico’s continued hostility toward Texas after Texas joined the Union, and part of it was that settlers in many of Mexico’s territories, such as the successful revolutionaries in California, knew that they would be better off under the United States’ freer system of government. But for the most part, the war was a land grab. The minor troop movements near the Texan border did not justify a full-scale invasion of Mexico, and if Mexico’s northern territories had a strong enough desire for independence, they could have achieved that on their own, as Texas had. Mexico was too weak to hold onto an unwilling empire. If President Polk hadn’t been in office to annex Texas, invade Mexico, and otherwise enforce his dreams of “Manifest Destiny,” the west would have simply ended up as a group of independent Republics - Texas, California, Deseret, and so forth - with just as much freedom, and no possibility of future military force by the new masters in Washington to keep Texas and Deseret in line.

7)        Spanish-American War. This war was long in the coming; American’s sympathy for what they saw as brave freedom-fighters in Cuba meant that they looked on the Spanish as barbarians and wanted a reason to wrest Cuba out of their hands. The USS Maine disaster was probably not the work of the Spanish, but the Spanish had done enough brutal things to earn a reputation as the kind of people who might do it. Cuba’s liberation was a good thing, but seeing as the Americans took the opposite course of action in Puerto Rico and the Philippines, the overall outcome of the war was quite bad for the cause of freedom.
8)        Civil War. This one is very tricky to rank, because the justifications for it changed a lot over the course of four years. In the beginning, Lincoln was downplaying the role of slavery; at the end, it was the primary factor. The tragedy of the Civil War is that it was the triumph of an unholy alliance between abolitionists and unconditional unionists. A few years earlier, these factions had been at odds – just study up on the history of Northern nullification and state-led resistance to the Fugitive Slave Acts and the Dred Scott decision. Abolitionists like Sherman Booth knew better than to equate freedom with submission to the central government. The Civil War changed that, and the results – unlimited federal power and a precept that UNION = LIBERTY – have been wreaking havoc in the country ever since. The abolition of slavery was a good thing, but it was also something which most nations achieved without bloodshed, which leaves the expenditure of 600,000 Americans lives to put down the South's bid for independence looking very questionable.

4)        Barbary Wars. The Barbary pirates had been a menace to European civilization for centuries. Defending American commerce from piracy was one of the few enumerated powers of the new federal government, and these wars were the result of Jefferson putting that power into action. The Pasha of Tripoli had demanded tribute in exchange for not attacking American shipping; Jefferson instead responded by sending out the US Navy’s six new frigates with orders to sink, burn, and destroy pirates wherever they found them. The Pasha declared war on the United States in the customary manner, by chopping down the flagstaff in front of the American consulate in Tripoli, and the fight was on. The Americans deserved victory, and they got it.

3)        War of 1812. The invasion of Canada is often criticized as an aggressive move, but this war was not quick in the making. It was only after years of the British boarding American ships, and impressing thousands of American sailors to fight for them against Napoleon, that America decided it was time to declare war. Britain’s failure to fully acknowledge American independence could be tolerated no more. While the war ended in a tactical stalemate, the Americans dealt enough blows against Britain to prove that they were not to be trifled with, and our independence has been secure ever since.

2)        World War II. “Yesterday, Dec. 7, 1941, a day that will live in infamy…” There’s a reason that the votes after that speech were 388 to 1 in the House and 82 to 0 in the Senate. There was no justification for what Japan had done, and every reason for America to fight the Empire to the finish. The Japanese thought that, since America had started playing the colonial game by taking islands from the Hawaiians and the Spanish, Japan could in turn take them from the US, but their extreme brutality doomed their efforts. In Europe, the moral case was even clearer. The Nazis were the greatest menace that the western world had yet seen, and the moral justification for putting an end to Hitler’s dreams of world conquest couldn’t be any clearer.

1)         Revolutionary War. Many people’s knowledge of the causes of this war doesn’t go beyond vague ideas about anti-Monarchism or the colonists’ unwillingness to pay taxes. The true cause of the Revolution is, in my opinion, much deeper. The English people had a very long tradition of representative government, going back to the Magna Carta and beyond. Many civil wars had been waged in England to defend the powers of parliament and the sacred right of the people’s representatives to approve or reject any attempt by the King to raise taxes. In America, a similar system existed, where local, colonial legislatures worked alongside governors who represented the Monarch. But when the British parliament under George III and Lord North decided that these legislatures were their inferiors, and that the consent of the American representative houses wasn’t needed to tax and govern the Americans, they had a war on their hands. And the Patriots’ willingness to defend their system of government, and their right to representation in a legislature whose acts couldn’t be blithely overridden by a distant central government, won America her independence and created what would, for a time, be the greatest and freest nation in the world. 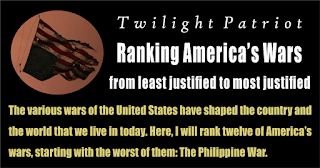